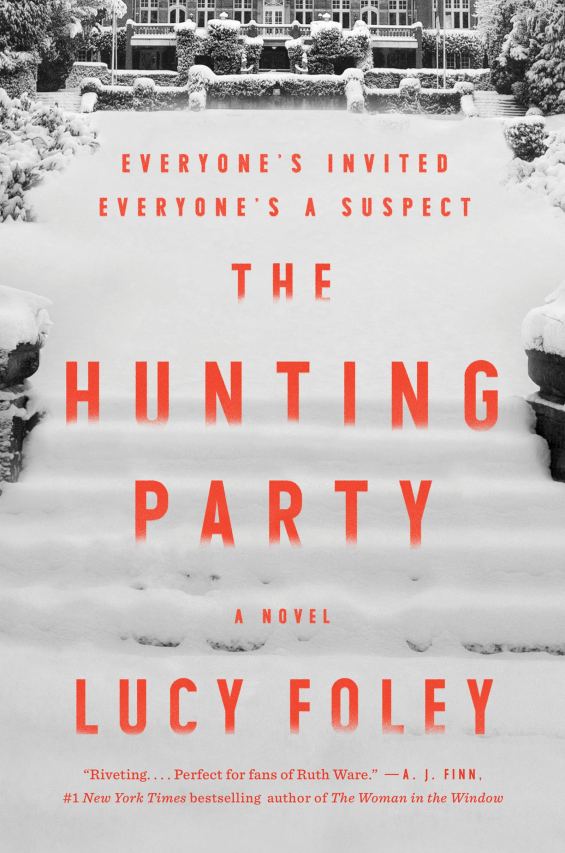 For fans of Ruth Ware and Tana French, a shivery, atmospheric, page-turning novel of psychological suspense in the tradition of Agatha Christie, in which a group of old college friends are snowed in at a hunting lodge . . . and murder and mayhem ensue.

All of them are friends. One of them is a killer.

During the languid days of the Christmas break, a group of thirtysomething friends from Oxford meet to welcome in the New Year together, a tradition they began as students ten years ago. For this vacation, they’ve chosen an idyllic and isolated estate in the Scottish Highlands—the perfect place to get away and unwind by themselves.

They arrive on December 30th, just before a historic blizzard seals the lodge off from the outside world.

Two days later, on New Year’s Day, one of them is dead.

The trip began innocently enough: admiring the stunning if foreboding scenery, champagne in front of a crackling fire, and reminiscences about the past. But after a decade, the weight of secret resentments has grown too heavy for the group’s tenuous nostalgia to bear. Amid the boisterous revelry of New Year’s Eve, the cord holding them together snaps.

Keep your friends close, the old adage goes. But just how close is too close?

Book Review: A group of friends gathered together on a New Year’s getaway to a remote location. With festivities in mind, the mood was set for an unforgettable reunion. Little did they know, that one of them was a dead person walking. I appreciated how this thriller started off with a murder. It set up the perfect atmosphere for a suspenseful plot, or so I hoped.

As I read, I slowly realized that the characters lacked substance. I couldn’t connect with any of them. I kind of preferred the estate’s staff, instead of the main personas. They seemed to secretly hate one another, and faked it for old time’s sake. Why torture each other with these yearly reunions then? I personally didn’t get it.

So, the aspect of the story was to find out who the killer was. You literally have to read 90% of the book, to finally find out the truth. I normally wouldn’t mind this outcome, but the interweaving of the past and present between most of the characters ended up bringing a tiresome quality to the narrative. At certain moments, I had to re-read parts of the chapters because I unfortunately found myself disengaged.

THE HUNTING PARTY by Lucy Foley started out promising, but regrettably fell short for me. With that being said, this could still be a likable thriller amongst readers. It does have great elements in it, just not enough for my taste. I must say though that Lucy’s writing ability was grand. Her word play and overall imagination was pleasurable and evident from the beginning. I’ll definitely give her future works a try!

Thank you to William Morrow Books for my review copy!

About the Author: Lucy Foley studied English Literature at Durham and UCL universities and worked for several years as a fiction editor in the publishing industry, before leaving to write full-time. The Hunting Party is her debut crime novel, inspired by a particularly remote spot in Scotland that fired her imagination. Lucy is also the author of three historical novels, which have been translated into sixteen languages.

Book Summary: She could be the most dangerous person in the room…

From her first day as Personal Assistant to the celebrated Mina Appleton, Christine Butcher understands what is expected of her. Absolute loyalty. Absolute discretion. For twenty years, Christine has been a most devoted servant, a silent witness to everything in Mina’s life. So quiet, you would hardly know she is there.

Day after day, year after year, Christine has been there, invisible—watching, listening, absorbing all the secrets floating around her. Keeping them safe.

Christine is trusted. But those years of loyalty and discretion come with a high price. And eventually Christine will pay.

But it would be a mistake to underestimate such a steadfast woman as Christine. Because as everyone is about to discover, there’s a dangerous line between obedience and obsession.

Book Review: “We are like spies – the longer we serve, the more secrets we hold, and the greater the need for our discretion.” – THE SECRETARY

I’ve been an executive assistant for eight years now. Being in the administrative field, I’ve mastered patience and a great deal of multi tasking. I pride myself in my work, however some individuals eat, breathe and sleep their jobs. I for one, leave it back in the office, while others such as Christine, revolve their world around it. From the beginning, she presented herself as the ultimate assistant. Her ideal goal in life was to please her demanding boss, Mina. But how many sacrifices can one make for an employer? Is it worth losing it all?

When I first heard about THE SECRETARY, I had a feeling I would resonate with this story, to a certain degree. I didn’t really understand why Christine was such a “yes woman.” Sometimes saying no is a must, but hey to each their own. Moving on, Knight, did a wonderful job in creating a suspenseful setting from the start. I was curious to see how the foreshadowing downfall between Mina and Christine would unravel. The subtle hints throughout the chapters, motivated me to keep reading. Even during moments where the plot lost its speed, I continued on.

And boy am I glad I pushed through, Renee ended it with a bang! I was not expecting it to conclude in that manner. It brought the novel together and I appreciated the whole aspect of work relationships. You never know who might be fake smiling at you.

Thank you to Harper Books for my review copy! 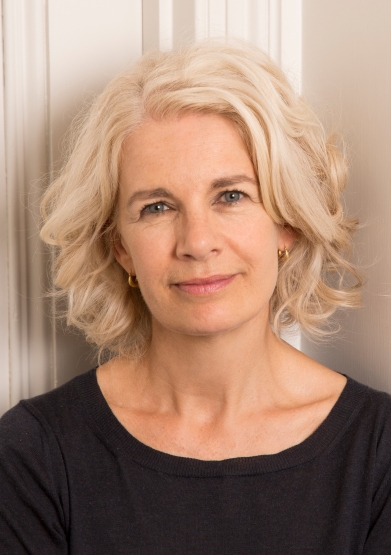 About the Author: Renée Knight worked for the BBC directing arts documentaries before turning to writing. She has had TV and film scripts commissioned by the BBC, Channel Four, and Capital Films. In April 2013, she graduated from the Faber Academy “Writing a Novel” course, whose alumni include S. J. Watson. She lives in London with her husband and two children.