Book Summary: In this frighteningly believable thriller from New York Times bestselling author Tosca Lee, an extinct disease re-emerges from the melting Alaskan permafrost to cause madness in its victims. For recent apocalyptic cult escapee Wynter Roth, it’s the end she’d always been told was coming.

When Wynter Roth is turned out of New Earth, a self-contained doomsday cult on the American prairie, she emerges into a world poised on the brink of madness as a mysterious outbreak of rapid early onset dementia spreads across the nation.

As Wynter struggles to start over in a world she’s been taught to regard as evil, she finds herself face-to-face with the apocalypse she’s feared all her life—until the night her sister shows up at her doorstep with a set of medical samples. That night, Wynter learns there’s something far more sinister at play and that these samples are key to understanding the disease.

Now, as the power grid fails and the nation descends into chaos, Wynter must find a way to get the samples to a lab in Colorado. Uncertain who to trust, she takes up with former military man Chase Miller, who has his own reasons for wanting to get close to the samples in her possession, and to Wynter herself.

Filled with action, conspiracy, romance, and questions of whom—and what—to believe, The Line Between is a high-octane story of survival and love in a world on the brink of madness.

Book Review: Wynter Roth, and her family joined the New Earth, a cult designed to withstand the brainwashed belief of an upcoming apocalypse. Magnus, the infamous and God like creater of the enclave, bestowed the idea that being part of this organization would save them from eternal hell. He not only had the ability to be a grade A asshole but, miraculously mystified individuals with his words. If I had the chance to choke a character, Magnus would be number one on my list.

Now, once Wynter found herself in turmoil, she was thrown into the outside world, where an unexplainable outbreak of dementia started spreading across the nation. Wynter’s characteristics of strength and bravery impressed me from the start. Her badass attitude and overall adjustment to constant change in environments shocked the hell out of me. She is one firecracker you don’t want to mess with!

Throughout the chapters, Tosca beautifully intertwined both the past and present. I learned a lot from Wynter’s time in the cult, and adored the dystopian feel behind the mysterious outbreak. I was constantly on the edge of my seat worrying about the well being of Wynter and the important task that fell into her hands.

Tosca’s writing is top notch! As a respected and bestselling author, she does not disappoint. Every scene flushed me with excitement and I became engulfed until the very end. And wow, what a conclusion! I will patiently wait for my next dose coming soon. 😏 One of the best, heart stopping novels I’ve read in years. Quote me on that! If you’re into thrillers or dystopian fiction, I suggest you get on the Tosca train because I’m not getting off anytime soon. 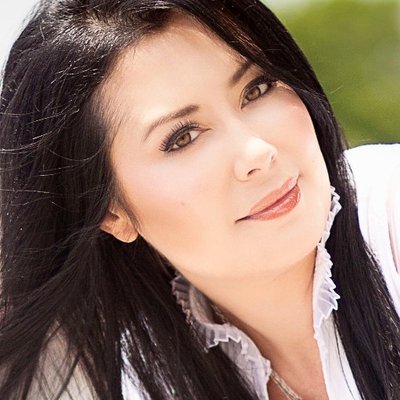 A notorious night-owl, she loves watching TV, eating bacon, playing video games with her kids, and sending cheesy texts to her husband. You can find Tosca hanging around the snack table or wherever bacon is served.
Advertisement