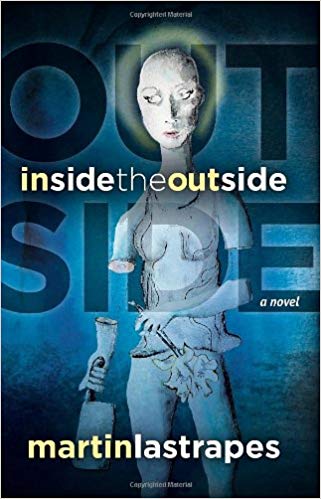 Book Summary: Timber has lived her entire life as a cannibal within a cult called the Divinity of Feminine Reproach and, by the time she is fifteen years old, she has already killed three men. When Timber takes an opportunity to explore the Outside, she bears witness to some dark and unsettling truths about the world around her and the integral role she plays in it. In this debut novel, laced with scenes of horrific violence and uplifting humanity, Martin Lastrapes has written a one-of-a-kind story about love, friendship, sacrifice, and cannibalism.

My Review: Inside The Outside by Martin Lastrapes got inside my mind, and made me think outside the box. You ever wonder what goes on in an individual’s mind to be involved in a cult? Well, Martin gives the reader a chance to dive into the mind of Timber, a young lady who was born and raised in a cannibal cult.

Timber, was such a delightful and brave character. With that name, she was destined to knock down whatever obstacles came her way. Even though, I couldn’t necessarily relate to her, I still established a connection with Timber that lasted until the end.

The novel was broken up into three parts. The first part was absolutely fascinating. I loved uncovering the ins and outs of a human flesh eating society. It was gritty, raw and down right chilling. Even in times where I literally said, ew or what the Fuck out loud, it definitely moved me and got under my skin. Now, if that’s not great writing, than I don’t know what is!

By the second part, it kind of took a different turn. It was a little hard adjusting to the change since I was on a heart pacing high from the first part. But, a few chapters in, I got back into it and once again I was biting my nails with anticipation.

All in all, this was my first cult book and I loved it. It hit all the elements I expected to feel while reading about cannibalistic cult members. But, Martin also expressed other themes such as sexuality and gender roles. I don’t know how he managed to cram everything in there without making it confusing. He gave just the right balance to keep everything in sync with the story. I highly recommend this novel if you’re into cults or just horror novels in general!

2 thoughts on “Book Review: Inside the Outside by Martin Lastrapes”